The store will not work correctly in the case when cookies are disabled.
Menu
Pre order
Verwachte release: augustus 2023

Double the fun by displaying it together with other models!

As the second collaboration between Kotobukiya and MARUTTOYS, the mobility robot NOSERU will be rejoining the lineup equipped with the popular "Head Handle Unit"!

NOSERU is a robot developed by the advanced company ATARASY as a means of transportation and security patrol to be used within its vast premises.

Just like TAMOTU, NOSERU is managed by cloud AI and uses high-precision positioning systems to automatically drive passengers to their destination.

It is said that NOSERU's origins come from machines that ATARASY engineers made from collected spare parts to travel around the large factory grounds.

Compared to TAMOTU, NOSERU is equipped with a higher-performing sensor in its head and can scan a wider area after becoming taller through its transformation, making it a robot suited for security.

This robot can also use its arm after transforming, allowing it to carry packages or pick up dropped items.

Its clear body was made possible with the development of a highly transparent battery.

Ramune Ver. and Sakura Ver. were then specifically created to demonstrate that technology but were subsequently released into the market in small quantities.

·This model has 19 points of articulation as a full action model kit.

·This model is built with a complete inner frame to which all outer parts can be removed.

·The outer parts come in two colors: ""Ramune Blue (clear plastic)"" and ""Pale Blue."" Users can select from either color to freely assemble their own original model.

·This model can transform from "Normal Mode" for running to "Work Mode" with the arm extended.

·The "Handle Unit" on the head is compatible with the "Sensor Unit". The "Front Wheel Unit" can be replaced with a standard "Stopper Unit".

·Other models in 1/10 to 1/12 scale such as Frame Arms Girl and Megami Device can be set on this model. (Note that some items may not fit due to its design.)

·An "Optional Carry" is included in the kit that can carry not only luggage but also Hand Scale and Hexa Gear Governor models.

·This kit's color scheme uses five colors. By just assembling the model kit, users can recreate a product close to the character model.

·NOSERU can be freely customized with parts from existing M.S.G, Frame Arms, Frame Arms Girl, and Hexa Gear by using the optional 3mm connection joints with the points.

·Even with the differences in scale, this model can be placed together and enjoyed with other models such as NON scale Frame Arms Girl and 1/24 scale Hexa Gear. 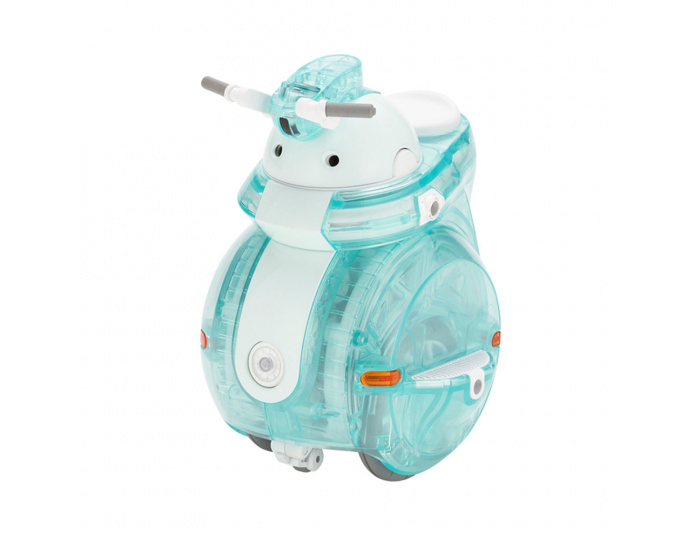